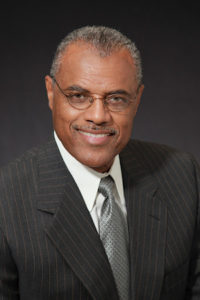 Carlton L. Guthrie is Co-Chairman of SPECTRA LMP LLC, a Detroit, Michigan based holding company with several automotive assembly subsidiaries. Carlton and his brother Michael are sole shareholders of SPECTRA

Born in Atlanta and raised in Gary, IN, Carlton was valedictorian and president of his high school senior class.  He began his career at Harvard College where he received a BA with honors in Economics in 1974.  After a brief stint at Philadelphia National Bank, he moved to Procter & Gamble where he was selected District Salesman of the Year after only eight months.  He then returned to Harvard and received an MBA in 1978 concentrating in general management  Upon leaving business school, he worked as a management consultant, initially with Jewel Companies, the Chicago-based diversified food, drug and general merchandise distributor as an internal consultant; with McKinsey and Company’s Chicago office as a senior consultant in the firm’s Consumer Group specializing in strategic planning and mergers and acquisitions; and with James H. Lowry & Associates, a multi-office general management consulting firm as Executive Vice President and COO.

Carlton and his wife Dawn-Marie reside in the Hyde Park neighborhood of Chicago, IL.  He has two children, Carille and Adam, and two grandchildren: Miles and Noelle!